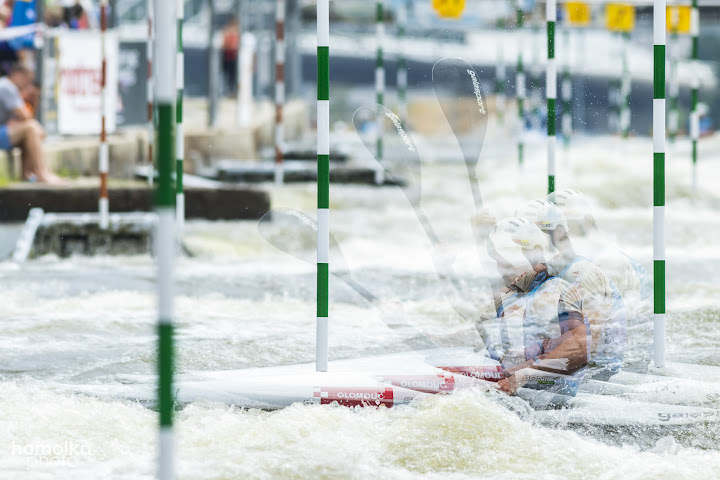 In a periode in between the two World Cup blocks it’s nice to see this racing going on. It could be followed via a diversity of live result providers. The ECA Junior Cup in Solkan had Siwidata live results, the Czech Championship results were provided by ResultsCZ, and the German Championship results via an add-on made by Alesandro Lang for the WinCanoe software. All in all it’s good to see that live results more and more become a standard to provide for race organizers. For the Canadian Championships no live results were available, but then there is always Facebook.

This weekend you can follow the ECA Junior Cup 8 & 9 in Ceske Budejovice before we will get back to the final two World Cups in Seu d’Urgell (Spain) and Pau (France).

Enjoy the action from Prague in pictures via Jan Homolka’s pictures from Saturday and Sunday.